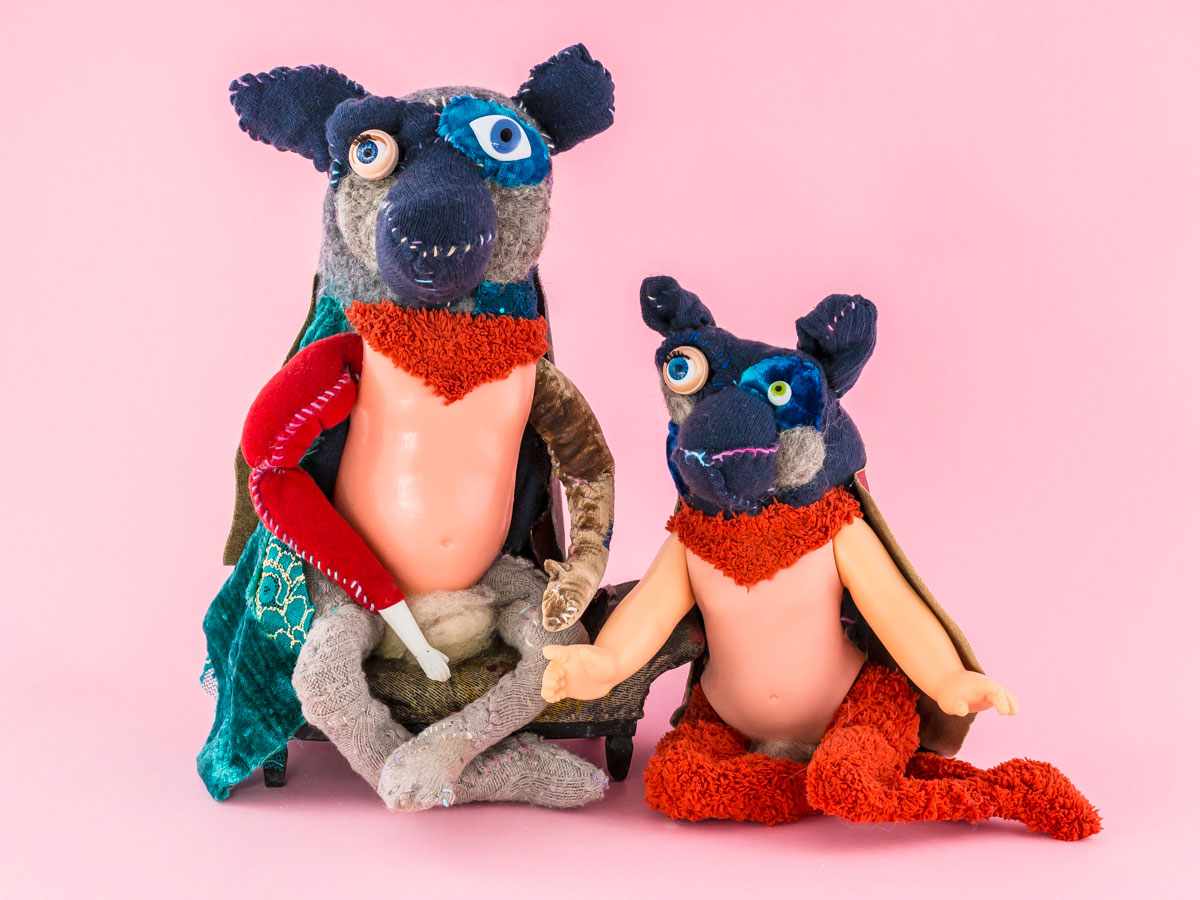 The myth about dog-headed people (“cynocephali”) inhabiting Eastern Ukrainian territories dates back at least as early as Herodotus. Simmias, an ancient Greek philosopher, wrote: “A giant race, half-man, half-dog, live there, // Beneath their shoulders grow the heads they wear; // Jaws long and lank, and grizzly tusks they bear; // Much foreign tongs they learn and can indite, // But when they strive to speak they bark outright.” (Bland & Merrivale’s Greek Anthology, p. 121).

Cynocephali can be seen all around the world nowadays. Their disturbed nest spread its sprouts everywhere infiltrating the areas inhabited by the regular humans. They walk the same streets that we do, ride the same buses, and even send their kids to human schools. They can start talking to humans or even suddenly touch them. But they nevertheless forever remain only half-human themselves.

The social alienation of the people who were forced to leave the occupied Ukrainian territories made them contemporary cynocephali expelled from their homes. At this moment they remind the dog-headed people seeking shelter among the regular humans, desperately and fruitlessly trying to dissolve among them, to be like them.

This project explores the themes of alienation and stereotyping in relation to the internally displaced Ukrainians and the respective emergence of their “new mythology”.

Each figure represents a certain person, an IDP, who specifically asked to be portrayed with a dog’s head. 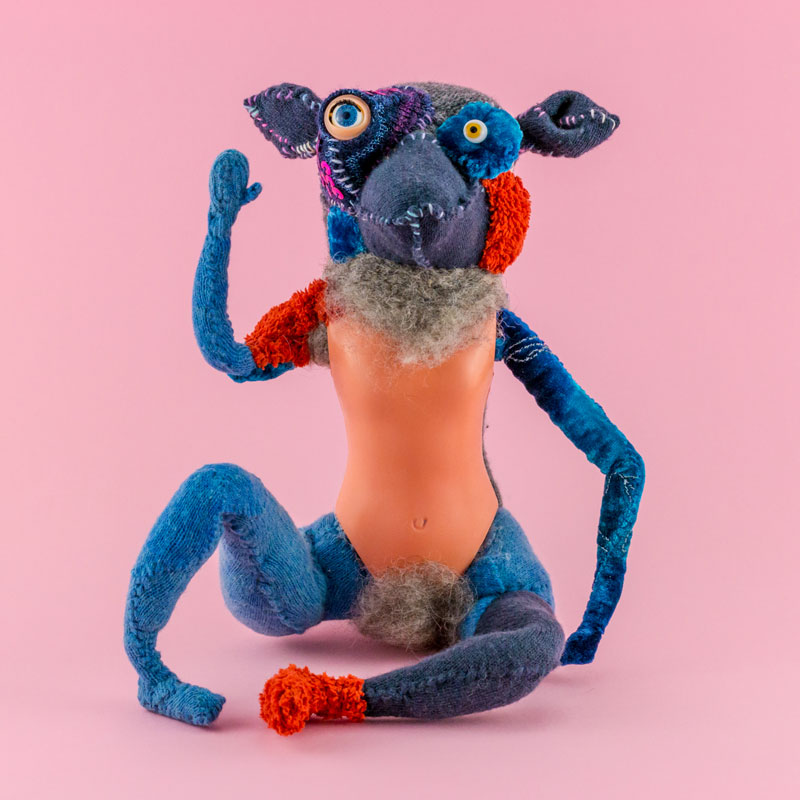 Diana (37), a cynocephal from Donetsk

Xenia (25), a cynocephal from Yenakiieve 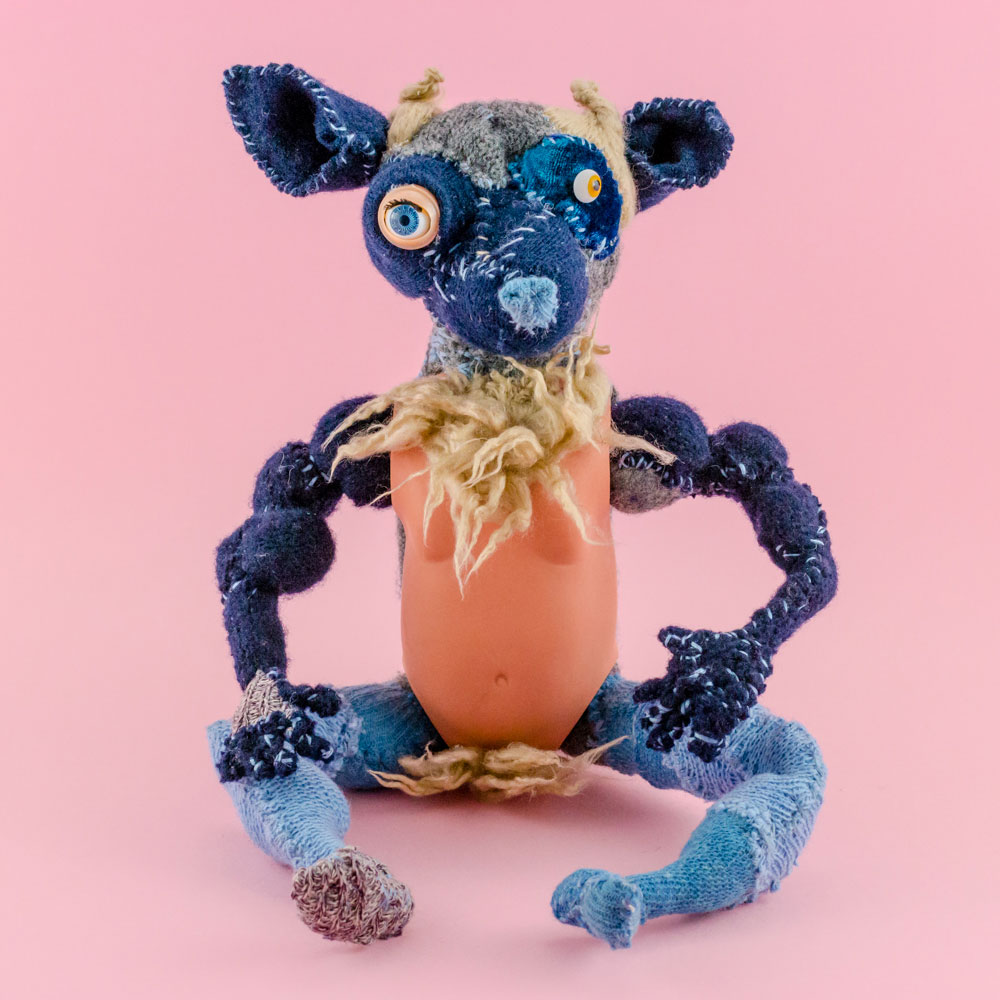 Denys (33), a cynocephal from Luhansk

Serhii (25), a cynocephal from Donetsk