Ink and pencil on toned paper, fragments of found photographs. Series of 44.

Every time I throw away (for any of the reasons) potentially good food I subconsciously feel sorry for doing so. There are no logical reasons behind this sense of guilt – by all means, I can afford not to eat the food I don’t want to eat. These are only leftovers on the plate – and yet I feel so sorry.

This sense originates not in reason but rather in my postmemory (using the term coined by Marianne Hirsch). When I was a kid, my grandma would share with me memories from her childhood and sometimes among them were memories from the early 1930s – the times of the man-made famine of 1932-33 in Soviet Ukraine (called the “Holodomor“ – derived from “to kill by starvation” in Ukrainian), which killed, by various estimates, between 2.4 and 7.5 million people. And the guilt I feel now for the thrown-away food takes its origins there, in these stories about my family surviving this hunger.

To illustrate and to better understand this sense of guilt, I started recording the traces of all the food I’ve been throwing away with this sense.

These prints were later collaged with small pieces of found photos depicting fragments of anonymous and unrecognisable landscapes. Landscape here is used as a direct opposite of the Holodomor’s traces in postmemory of subsequent generations, since mass deaths by hunger leave no traces in the landscape – unlike many other massive collective traumas which have their exact geographic locations and their traces can still exist in the landscape in the form of ‘places of memory’. 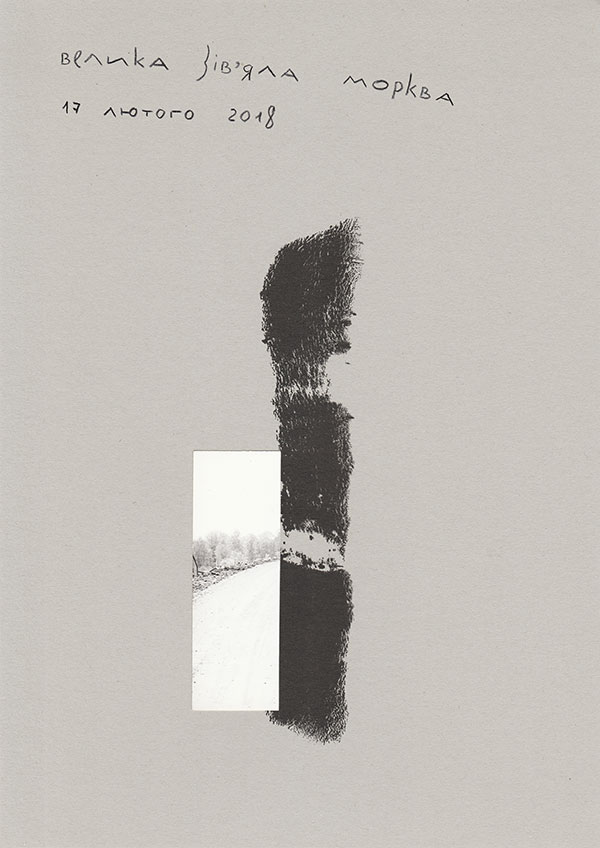 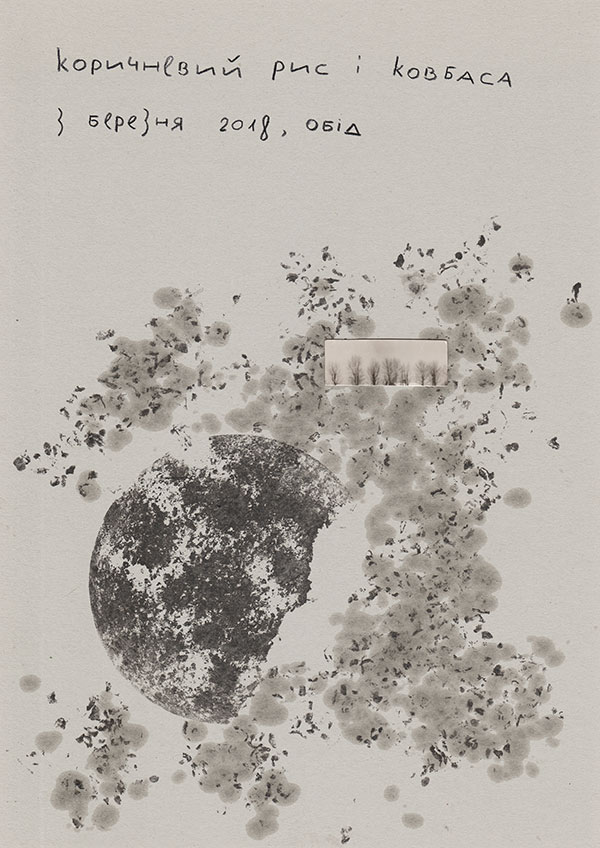 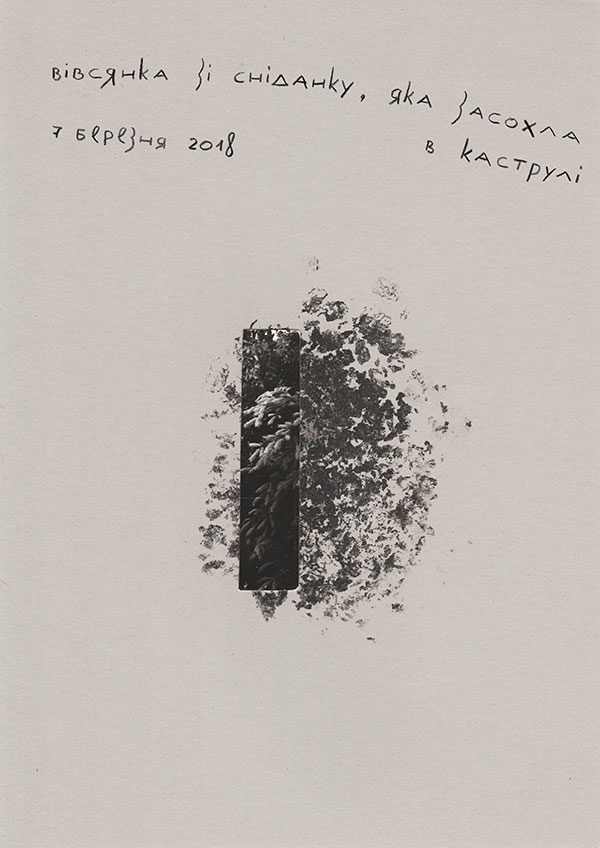 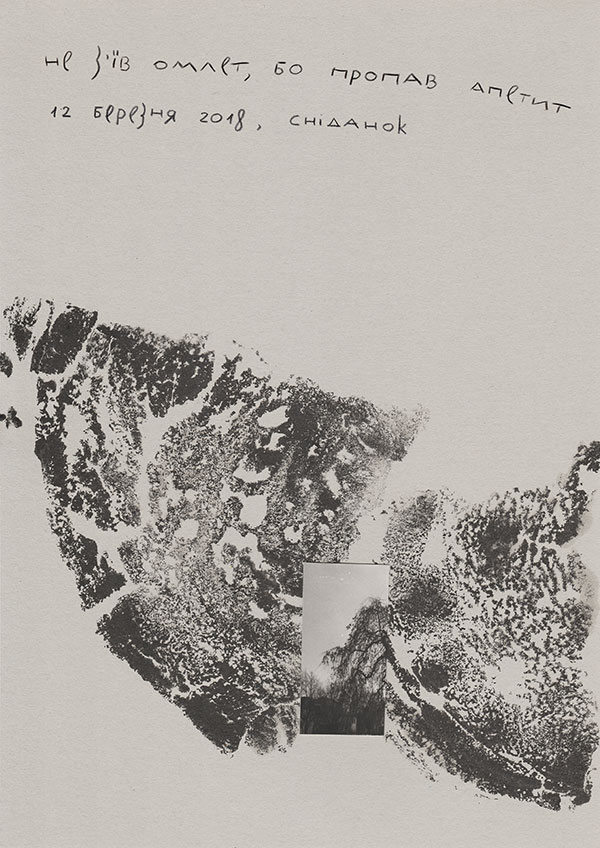 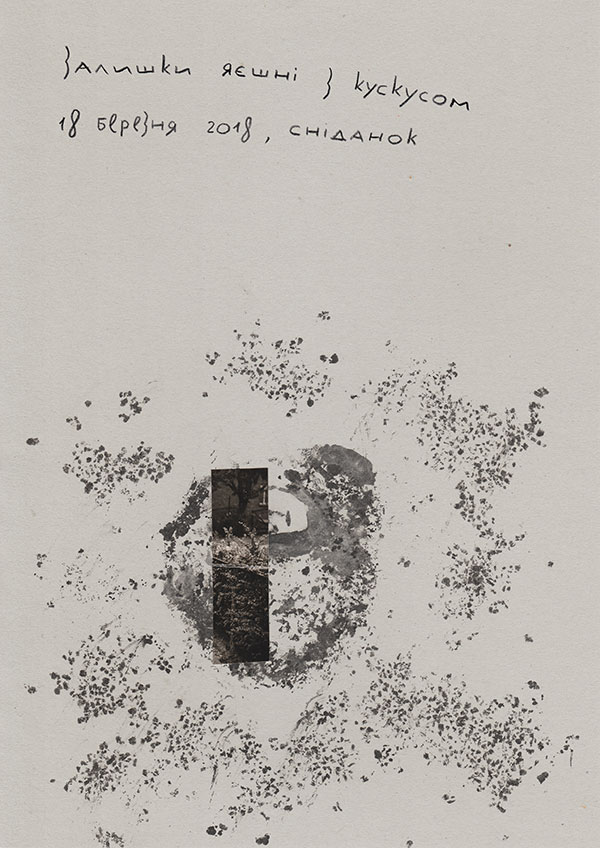 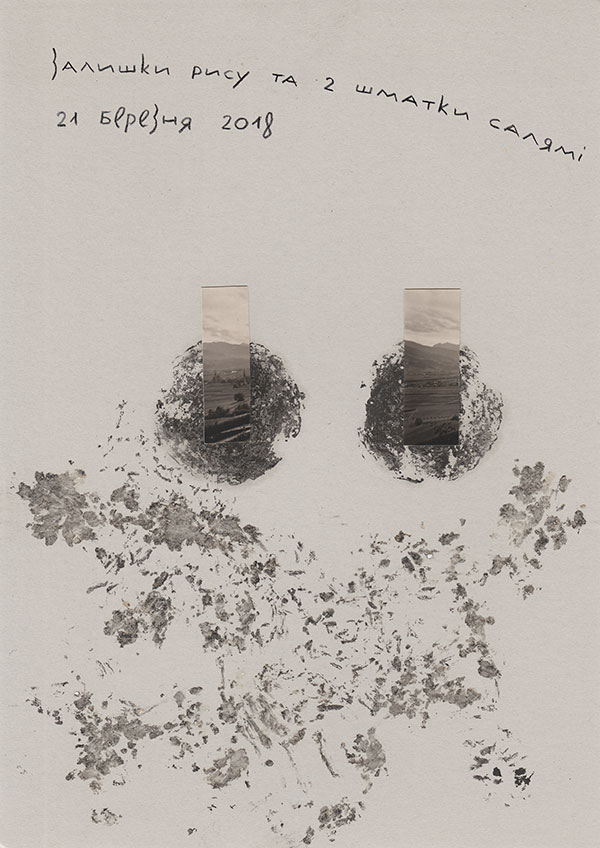 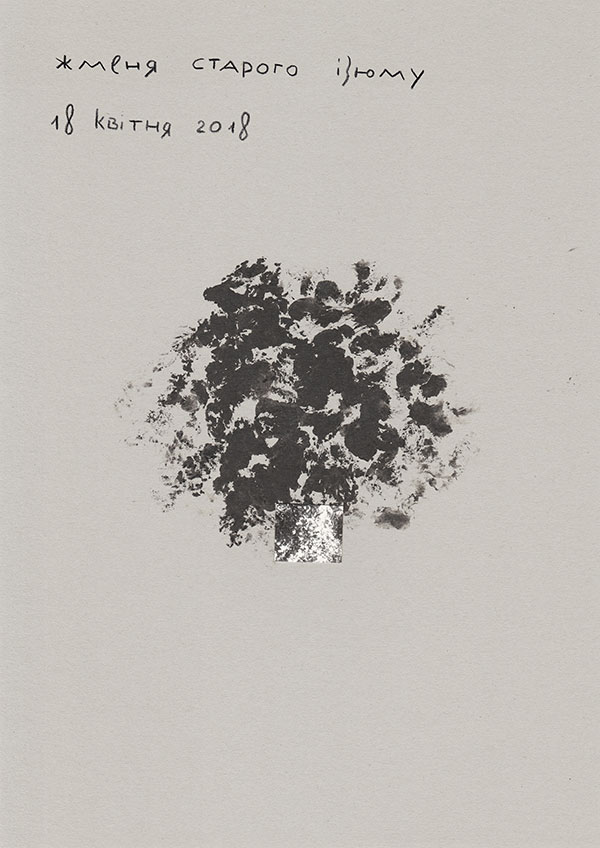